HAMILTON – coming to the historic Hippodrome Theatre this Fall:

HAMILTON – An American Musical: the story of immigrant Founding Father, Alexander Hamilton, is returning to Baltimore! Smashing all Broadway records, this Tony-award winning musical is finally making its local debut. Its three-week engagement at the Hippodrome Theatre has the Baltimore buzzing!

This is your SHOT (Hamilton reference) to align your brand with HAMILTON when it arrives this Fall. Reach an upscale, affluent, influential audience of over 54,000 and connect your brand with the most exciting & significant musical of the decade.

Be part of the cultural phenomenon – advertise your business in the Hamilton PLAYBILL. Invest in the theater-going audience, and they will invest in you. 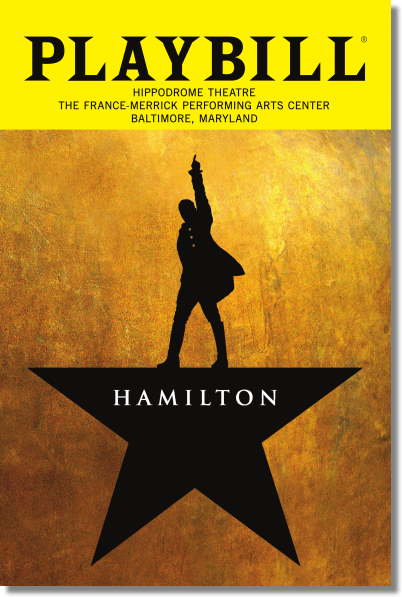 Advertise your business in the Hamilton PLAYBILL. Invest in the theatre-going audience, and they will invest in you.